NOW AVAILABLE AS AN EBOOK!! 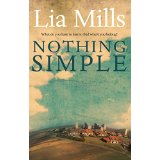 When Ray left Ireland to follow Dermot to America, she had her doubts about moving. But Dermot convinced her it was where their future lay and she was too young and too much in love to fight. So they settled in a hot and murky Texan suburb where nothing turned out to be quite what it seemed. Now, ten years and four children later, recession has hit Texas, Dermot’s career like their marriage has stalled, and he says that the family has to move back to Dublin. But Ray’s not so sure that she can trust her husband’s judgement any more. Then, as they get ready to leave, their daughter disappears. In the desperate hours that follow, Ray tries to figure out how she’s ended up with a life that’s only beginning to make sense now that everything in it is under threat.

‘Mills’ depiction of friendship-forging and relationship-negotiating, child-rearing and home-building is the real triumph’ – Irish Times

‘A spiky, convincing story of the dramas of family life’ – Irish Tatler