This blog was originally posted in 2013.  As we get closer to the referendum I am increasingly worried about the misinformation and distortion of facts I hear on the radio as reputable programmes try to present both sides of the argument. I worry when I hear about people who pretend to be qualified in medical areas in order to lend authenticity to the propaganda and lies they disseminate. There shouldn’t be ‘sides’ here; this is not an abstract question with a right or wrong answer. Every crisis pregnancy is different, and the only people who have any right to make decisions are the ones whose entire lives – and wider families – will be affected by the decision they make. So I thought this might be worth re-posting.

One of many things that enrage me about what passes for rational debate about abortion in Ireland is the way language is being corrupted and debased – mostly, I’d argue, on the anti-choice side. Politicians, bishops, academics and lawyers – all of whom understand absolutely what they are doing – don’t flicker so much as an eyelid when they substitute highly charged words for truth.  They’ve been getting away with this for far too long.

As soon as particular terms are introduced to any discussion, we know which side the speaker is on and scurry to take up our positions, so far apart we have to yell to be heard. And we’re all yelling in code, which makes no sense to anyone, not really. Pithy one-word insults and slogans make handy weapons in that sort of battle. ‘Baby-killer’, is one such term.  ‘Bigot’ is another.  When these poisoned darts appear on the horizon, everyone dives for cover in their own thicket, which may be confused, brambly, and uncomfortable, but is, at least, familiar. We’re not likely to get disturbed too much in there.

Maybe that’s why we do the name-calling and the yelling; maybe we don’t want to hear each other. We’re so hell-bent on steamrolling our own argument over the line to victory that we forget what language is for: communication, understanding, enlarging our perception of the world. Instead it’s being turned against itself.  Loud scary people turn sentences inside out, then apply a bit of heat and a lot of volume to make a big loud scary bang that will cause the rest of us to cover our ears, shut our eyes, and hum the mantra England, to calm ourselves down.  Because, if England wasn’t there, or wasn’t quite so accessible, how different would this conversation have to be?  Might we actually have to face the complexities of the question and deal with it, like actual, rational adults?

On one side of the argument, we have people who believe that all forms of human life are sacred and have absolute claims on our protection from the moment of conception.  [It’s worth saying that even the Catholic Church didn’t always hold this view.  There was a time when the penance for having an abortion was less than that for an unmarried woman having a baby.] On the other side, we have people who believe that a zygote is not a person, an embryo is not a person, and even a foetus is not yet a person, although as a pregnancy progresses these waters get murkier and murkier.  To be pro-choice is to believe that the needs of individuals who already inhabit the world have a prior claim on our concern.  There’s a painful, difficult conversation to be had about late-term abortion, but that conversation won’t even begin so long as we’re all clinging to our absolutes.  As the placard says, the range of pro-choice views are too nuanced, complex and delicate to fit on a placard (or even in a blog).

There’s a tyranny in the anti-choice position that rarely gets articulated. An individual can recognize the ethical complexities of abortion – she might even believe that she herself would never have one (and hope she never finds herself in a situation where she has to) – and still allow other women the right to make their own moral choices in keeping with their own highly personal (and no-one else’s business) dilemmas.  In other words, the pro-choice position allows other people the right to make up their own minds.  The anti-choice position doesn’t. (See Martina Devlin:  “For the Record: It’s possible to be pro-choice and in favour of life” http://shar.es/lQXy1  in the Independent 9th May 2013) There’s a peculiarly Irish irony in TDs bleating for a free vote on the legislation. They want to be allowed to obey the dictates of their consciences in order to stop women being able to exercise theirs.

As for the interventions of the bishops – please. Do we really have to listen to the all-male, celibate, Catholic hierarchy, with their track-record, lecturing us on sexual morality or child protection? 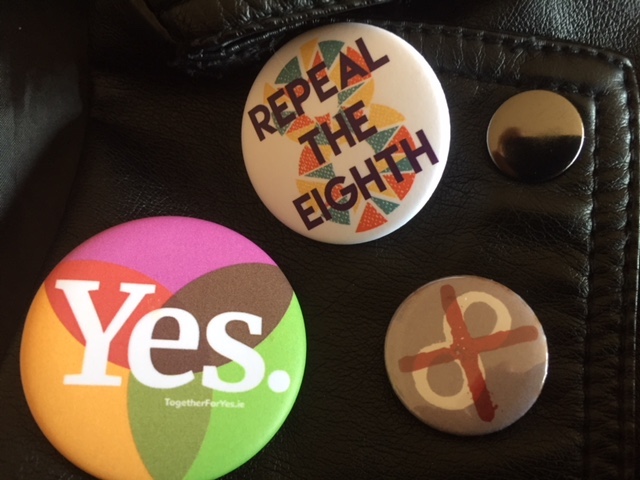 3 Responses to An egg is not a bird. A seed is not a tree.