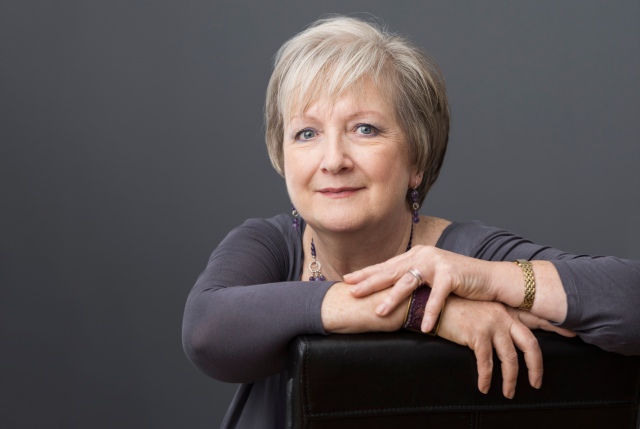 Catherine Dunne is the author of ten novels and one work of non-fiction: An Unconsidered People, a social history of Irish immigrants in London. Her first novel was published in 1997. Her ninth, The Things We Know Now, won the 700th anniversary Giovanni Boccaccio International Prize for Fiction in 2013. It was also shortlisted for the Novel of the Year at the Irish Book Awards. Her work has been translated into several languages. She was recently long-listed for the first Laureate for Irish Fiction Award. THE YEARS THAT FOLLOWED has just been published by Macmillan.

You’ve spoken about your interest in Greek mythology. The Years That Followed is one of a trilogy, can you tell us about the others and how/whether they fit together?

Mythology has always fascinated me. All those ancient Greek, Roman and Irish tales, the Arabian Nights – they exercised a real pull on my imagination when I was a child. The interesting thing was going back to read them again as an adult. Suddenly, they became something completely different from what I had remembered. It might be as much as twenty years ago that I found myself drawn back to Greek myths once more, and discovered their richness – the sort of richness that can’t be excavated by a child, because the child has not had enough life experience.

Greek myths have a Jungian core – all those universal truths clothed in stories of parents and children, of war and betrayal, of lust and love, of sibling rivalry and intimate friendships: it’s all there, all of our human psychological complexity.

What I can tell you at this point about the second book in the trilogy is that I can’t tell you anything at all. Writing is a bit like magic, a bit like fairy-dust: if you look away for too long, or if you try to deconstruct what you’re doing, it all disappears. I’ve seen people talk themselves out of their stories.

Talking about a story when it’s a work in progress makes it lose its urgency, its freshness, its white-knuckle grip on the imagination. What I can tell you is that I’m currently on the foothills of the second book, and enjoying the experience which is the by now familiar mix of exhilaration and frustration.

You’re a writer yourself: you know the drill.

In person, you’re probably the definition of a model citizen. You do a lot of voluntary and behind-the-scenes work in aid of literacy and in support of other writers and the writing community – for example you did extensive work during your term on the Board of the Irish Writers Centre (sic), including setting up a successful literary exchange programme between Italian and Irish writers, editors and publishers.  Yet in your novels, apparently blameless characters get up to all sorts of shenanigans.  Care to comment?

First of all, I must protest: not just about being called ‘a model citizen’ but most particularly about the recent lack of an apostrophe in ‘Irish Writers’ Centre’.

I can’t bring myself to write the name without it. Its absence offends me every time I see it – get that for a contradiction in terms – almost as much as the inclusion of an apostrophe when one is not required.

However, all of that aside, I enjoyed my term on the Board of the IWC, from 2010 to 2013. It was fun, along with a lot of hard work, helping to bring the Italo-Irish Exchange into being, along with Federica Sgaggio and the Italian writers’ organisation, onoma. Exciting times. The Exchange helped to establish strong links between writers – something that will remain, I think, even as the initiative changes and evolves in the future. Nothing stays the same.

‘Shenanigans’ – I love that word. But yes, taking the core of a Greek myth and bringing it up to date involved lots of shenanigans, and the characters and the things they got up to were exhilarating to write about. It was good to move away from the smaller, more intimate canvas that I’ve tended to work on in the past. I felt the need to flex my writing muscles and write ‘darker’ than I have done before.

The myth of Clytemnestra and Agamemnon provided me with the scaffold of the story – and I thought that that would make the writing of the ‘shenanigans’ more simple, more straightforward.

In that, as in so many other things, I would be proved wrong.

The Years That Followed extends the interest your previous novels show in how women get and hold onto their independence, how they survive, financially and economically.  Can you talk about that?

One of the most significant observations I came across when I was researching ‘The Years That Followed’ was made by Mary Beard, the Oxford Classics professor. She was talking about the way she was attacked on Twitter when she dared to raise her head above the parapet and express an opinion.

Laurie Penny, a UK columnist has written that, for women, it appears that ‘an opinion is the short skirt of the internet’. Both women detailed the abuse they had received for daring to raise their voices and to express a view that was unpopular. Mary Beard went on to explore how the silence, and the silencing, of women is a tradition we have inherited from the ancient world, where public discourse was purely the preserve of men.

I wanted to write an ancient story from the point of view of the women involved: I wanted to hear their voices ring loud and true down through the centuries so that their experiences could be heard and shared and valued in a way that they had not been before.

It was astonishing to come across the parallels with those women’s lives and women’s lives today. The silencing; the inequalities; the supporting role that women are expected to play, often at the expense of their own lives, their own independent ambitions.

Crucial to an independent life is the ability to earn one’s own living, to be able to survive financially, standing on one’s own feet: for both men and women.

It’s a theme I keep returning to: that necessity to be self-sufficient so that survival is always possible, no matter how adverse the circumstances. In life, or in fiction.

This novel is concerned with, among other things, marital violence.  Can you tell us where that concern comes from?

Finding parallels for the violent treatment of women in both the ancient and the modern world was distressingly easy.

In the myth, Agamemnon snatches Clytemnestra from her father’s home, rapes her, kills her child and forces her to become his wife. We can only imagine what her domestic life must have been like, married to a man who was, by all account, brutal and obsessed by power and the need to control the lives of all of those around him.

The problem is, we don’t have to imagine it. We have an epidemic of domestic violence on our hands in the 21st century. Recently, I came across the work of the American writer, Rebecca Solnit, in which she attempts to unpick the issues that a patriarchal culture doesn’t even see as issues at all. I highly recommend her book, called: ‘Men Explain Things to Me’.

I won’t bombard you with statistics, but there is one that always gives me pause. It is this: one in five women will be raped in her lifetime, or be the victim of gender-based violence. Domestic violence, violence within the home, which is the one place we all hope to be safe, is an enormous problem in all societies, in every country, today.

On one level, the level of bringing a myth up to date for a modern audience in a way that would be credible, I had to deal with the topic of domestic violence in all its nastiness. On another level, I really believe that fiction is a powerful way to deal with difficult issues, to get a conversation going, perhaps to illuminate other ways of living.

And so it has proved, at the events that accompanied the publication of this novel. Speaking out, talking openly about difficult issues is only a start – but it is a start.

The strap line on my (proof) copy is: Revenge is better than Regret. As a principle, this opens unsettling doors in the mind. Did you have fun writing it?

It was certainly exciting – there was never a dull moment. One of the things that interested me was to delve into the character of a woman who was part-villain, part-victim: to mirror, in fact, the woman in the myth who inspired the novel in the first place.

Confucius said that for anyone who is bent on seeking revenge, they should ‘dig two graves’. I was obsessed with exploring what would drive someone to wreak violent revenge on someone they had once loved. Agamemnon certainly gave Clytemnestra enough reason to want to get her own back, and his modern counterpart, Alexandros, similarly gives Calista more than enough reason to seek to do him harm in return.

But yes, it was also ‘unsettling’ – such explorations can lead a writer to pretty dark places, but places, nonetheless, that illuminate what motivates us to do violence to others.

But it also illuminated the wisdom of the Chinese philosopher’s words….

In your fiction you seem to be moving further and further down a path of crime.  What’s next for you?

I think that, rather than crime, because a couple of dead bodies do not a crime novel make, I’m interested in exploring what makes people behave in ways that previously would have been anathema to them.

Perfectly law-abiding, agreeable, ordinary people who suddenly kick over the traces: what is the moment that forces them to transgress, the moment that breaks them, that brings out their inner demon?

And Greek mythology is full of examples…an embarrassment of riches is there for any novelist!

If you had one piece of advice to give your younger self, starting out on a writing career, what would that be?

Remember: writing doesn’t get any easier. The trick is to make it better.

About No Small Talk

We are a group of writers who have come together out of concern for the level of division and increasing hostility that has crept into the rhetoric around Brexit. We want to generate links between writers and artists in both Ireland and Britain to challenge this debasing of language and the perversions of truth which are now regular features of public discourse. Our aim is to restore positive links and connections between us all.
View all posts by No Small Talk →
This entry was posted in Interview and tagged Agamemmnon, apostrophes, Catherine Dunne, Clytemnestra, Confucius, Federica Sgaggio, gender violence, Irish Book Awards, Irish Writers Centre (sic), Laureate for Irish Fiction, Laurie Penny, Macmillan, marital violence, Mary Beard, Men Explain Things To Me, Mythology, Novel of the Year, onoma, Rebecca Solnit, The Giovanni Boccaccio Prize, The Things We Know Now, The Years That Followed. Bookmark the permalink.